When it comes to operating a successful business, facing litigation over a conflict is a worst case scenario. There are several potential consequences, including valuable time taken away from the business, incurring potentially crippling expenses, the destruction of a previously beneficial business relationship, and the stained reputation a public court battle often produces.

Unfortunately, when different personalities come together, and especially where money is involved, disputes are an inevitability. But when these issues occur, there is no need to risk the potential consequences associated with litigation.

Conflict can be quickly, fairly, and cost-effectively resolved through alternative dispute resolution (ADR). ADR is an umbrella term comprised of several types of semi-formal and formal resolution strategies.

Because these strategies are usually voluntary, planning ahead and agreeing to such a contingency plan before working with someone is the best way to ensure that these techniques are used in place of litigation when an issue arises.

As Benjamin Franklin once said “an ounce of prevention is worth a pound of cure.”

A pre-dispute agreement can be formalized as a clause in your business contract.

There are several different strategies you may want to specify as the agreed process in your ADR clause.

A common feature among most of these strategies is the presence of a neutral third party who oversees the process, although, this may not always be necessary.

These strategies exist on a spectrum of formality, and as a result, some agreements are legally binding while other are not.

The most common types of ADR are mediation and arbitration. But note, these are relatively flexible processes and have several variations each. You and the other party may also specify your own process in the agreement, apart from the traditional conventions of the strategy.

Mediation and arbitration are the most common forms of ADR. While they have the same ultimate goal of resolving the dispute and capturing the terms of that resolution in a signed agreement, they have very different methods of getting there.

Mediation and arbitration are both voluntary, confidential forms of ADR where a neutral third party oversees the process. Both strategies also allow each side equal time to outline their case, either on behalf of themselves or through a representative.

Either strategy will save the parties time, money, and stress over litigation. (Although mediation is less expensive than arbitration).

In mediation, the parties have full control over the outcome, but in arbitration the arbitrator or panel of arbitrators will decide the outcome based on the presentation of evidence.

Being less formal than arbitration, mediation is also a more flexible process that can be used for almost any type of dispute, barring violent criminal cases. Conversely, arbitration is a more expensive and formally structured process that is usually used for quick resolution of business-related disputes.

Mediation is a non-binding process, but arbitration can be either binding or non-binding.

An ADR clause is part of a business agreement that stipulates how a potential dispute that arises within the parameters of that agreement will be resolved. This is decided before work begins.

These clauses may refer to one or more ADR strategies (usually arbitration and/or mediation). It can include a high level of detail, including the name of the third party who will oversee the process and who is responsible for costs involved.

Including such a clause in your contract will save time negotiating a method to resolve a dispute should one arise. By the time you are in dispute tension has increased and trust has decreased, therefore trying to decide how to resolve it at this point is not advisable.

It is important to carefully consider potential scenarios where ADR could be helpful and the type of ADR that will work best for you and the other party in those scenarios. Specify which type of ADR you will use in which scenarios.

4. Where to Include ADR Contract Clauses

Most business-related contracts can benefit from the inclusion of an ADR clause, but the most common types of contracts are outlined below:

You can find standard ADR clauses for each of the preceding contract types here. Note, these examples serve as a starting point. Aim for clear, unambiguous clauses in your contracts. 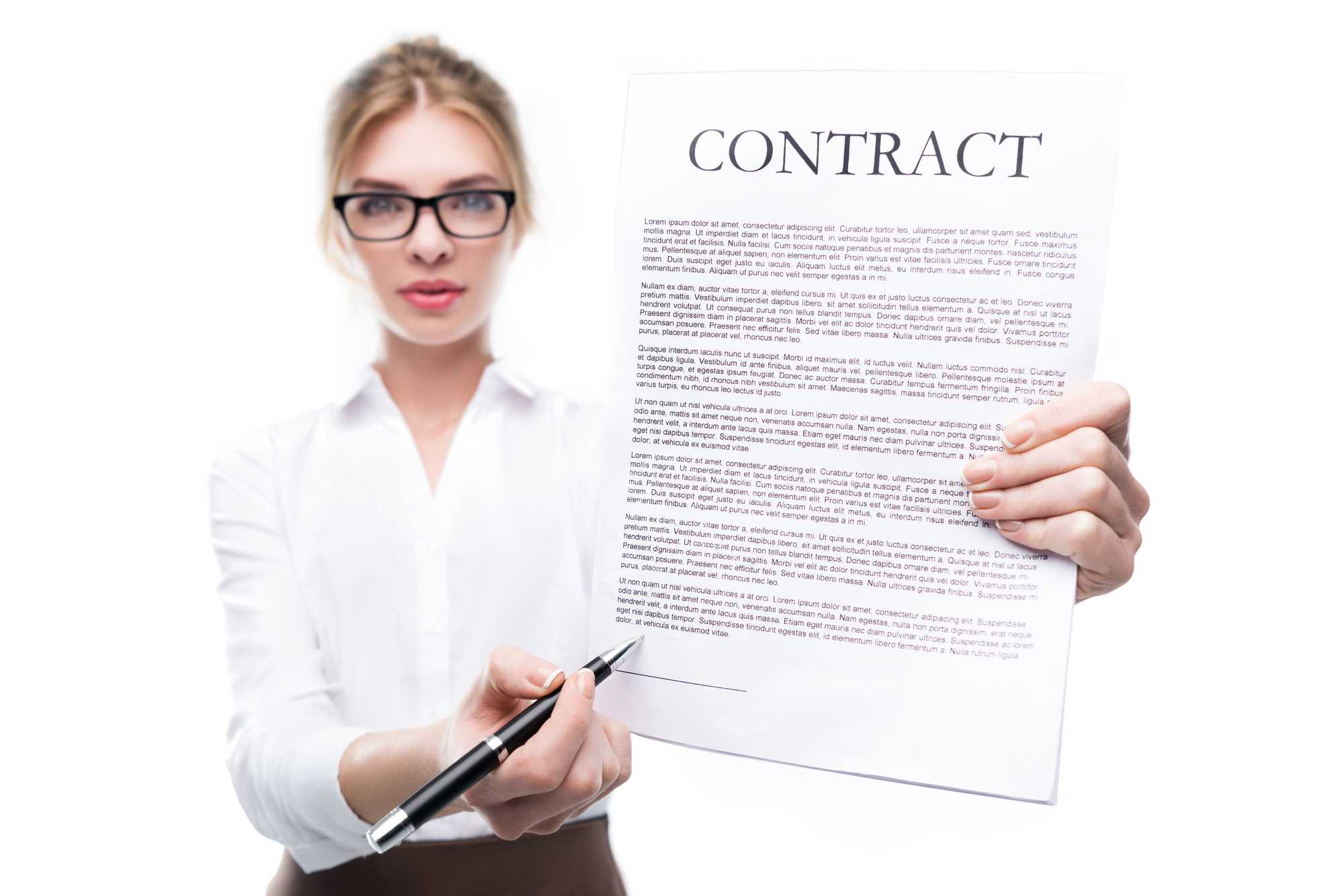 5. How to Include Arbitration Provisions in Your Business Contracts

While an ADR clause can help you avoid litigation and the associated consequences, poorly drafted mediation or arbitration provisions can cause further dispute over interpretation and even increase risk of litigation.

A clause that stipulates that parties will agree on an ADR process at the time of a dispute leaves too much open and will not be upheld by a court. Trying to decide on an agreement process when you are already having trouble seeing eye to eye with the other party is not advised.

A clause like this may as well not exist in your contract. Specify the process you plan to follow in the event of a dispute.

If you want to ensure the resolution process is fair and efficient as part of the outlined process, be sure to keep your wording certain. It is not enough to suggest the process be ‘genuine’ or held ‘in good faith’.

Define what these terms mean by including an objectively clear obligation with these ideals. What are the actions you and the other party must complete to demonstrate that negotiations are being made in good faith?

5.3 Decide if appeals are acceptable

If arbitration is your decided method of ADR in the event of a dispute, you will need to decide if the decision can be appealed and explicitly include this decision in your contract.

A final decision without the option to appeal ensures that the process will end relatively quickly, but it also means that if you are the losing party you will have no options for recourse.

Although, even with such a provision in your contract, if the wording is ambiguous, the court may not uphold your agreement. The only way to ensure arbitration is enforceable is by making it detailed and clear.

If the opposing side refuses to comply with your agreement, there is nothing you can do to compel them. At this point, the dispute will have to be litigated if the parties cannot decide on another form of ADR.

Business related disputes are common, but litigating these cases is risky. Consequences of litigation can include wasted time and money, loss of reputation, and the destruction of a previously beneficial business relationship.

Risking these issues is not necessary. There are several alternative dispute resolution strategies that can be employed to more quickly and quietly resolve your issues. The two most common methods are mediation and arbitration.

The best way to ensure that you and the other party agree to use these strategies in the event of conflict is to include clauses stipulating this in your business agreement.

Ensure these clauses are unambiguous and as specific as possible. A failure to do so can result in the contract being unenforceable or may cause further dispute related to interpretation of the terms.

Do you have any question or story about ADR clauses or Arbitration provisions in a contract, please share and let's chat in the comment section below.