Is It Really Worth All That?

An unfortunate fact is that when a dispute arises, whether in a civil matter or family law matter, the parties to that dispute decide to do battle in the courts. Most mediators refer to that decision as the WATNA, or “Worst Alternative To a Negotiated Agreement.”

When that decision is made those individuals have committed their time, energy and financial resources to the battle with absolutely no guarantee of an outcome that is worth the expense. While some cases must be litigated, typically not including the division of assets, usually litigation should be one’s last option. Mediation process is not complicated.

Do you really want to litigate your matter?

I remember when I was practicing, during consultations with prospective clients I was almost always asked whether the potential client “should” sue or otherwise engage the opposing party in litigation.

When I was an unseasoned lawyer, as long as I thought the client had a tenable legal position, I would answer in the affirmative knowing that when the client engaged my services I would earn money.

After a while, particularly when clients received their billing for the third or fourth month of representation and realizing that they would never recover what they had invested, I changed my approach. When the same question would be asked by a prospective new client, I would tell that person s/he was asking the used car salesman if s/he should buy the car. I would explain to the client the potential cost and less expensive alternatives.

Though this article refers to all types of cases equally, I will offer an example of the problem in a family law case.

This issue was really brought home to me when I was involved as a referee in a hotly disputed family law matter. (A referee is appointed to gather facts about particular items which may be in dispute to help the judicial officer in charge save time and get to a point.

My only real function was to gather facts and make recommendations to the court.) When that case began the parties were well set financially. They owned a business that produce revenue of over $1 million per year. They also owned substantial real and personal property. Though they were not among the “1%,” they had no financial concerns at the time of their separation.

Unfortunately, and with the obvious encouragement of their attorneys (they both hired and fired attorneys frequently), they litigated. Neither side would voluntarily tell the truth to the other; both sides were determined that the other was trying to take advantage. Though I tried to bring the parties to compromise, since I was not mediating for them and, both sides viewed me as the enemy, compromise was not in the scheme.

I am sure it will not surprise you that by the time the case went to judgment through litigation the parties had spent so much money in litigation that the business was gone along with most of their real and personal property. Within a few weeks after judgment was entered the husband died of a heart attack and soon thereafter the wife discharged all of her debts through bankruptcy.

Their marital estate, which could have been easily divided between the two of them, was completely consumed in the costs of litigation (attorney’s fees, expert fees, etc.)

I receive numerous weekly inquiries about my services. Even though the CAMS fee schedule is modest compared to other mediators in the area, about half the time the parties decide it is too expensive after which one or both turn to attorneys. Most often, by the time those cases have been ground through the process of litigation, the parties find they have spent a multiple of what mediation would have cost; have wasted many months and, sometimes, years of their lives in the system; and the outcome was very unsatisfactory particularly given what it has cost them.

Thus, the question in the title of this article: Is it really worth all that? The answer is almost universally, “no.”

Even if issues are involved in a matter that must be litigated, engaging the services of a mediator to resolve all of issues possible while reserving an impasse issue for litigation, the cost of the case will be far less than had the parties elected to go through litigation for the entire matter.

Is mediation “cheap?” That depends upon one’s perspective. Though mediation will cost the parties money, that cost will be a small fraction of what litigation will demand. In most cases a family law case can be mediated to a judgment or partial judgment within a few weeks. That is compared to litigation in which it is not unusual for a case to take years to get to judgment.

Mediation is faster, less expensive  and far more efficient than litigation has ever been and ever will be. If the parties considering litigation want to be skillfully guided through their case in an informal process that will end up in a judgment that is most satisfactory to those parties, not only is mediation the best way to go, it is the only way to go.

Looking to hire the right mediator for your dispute? Browse our directory and Add your selected mediators to your First Free Case. 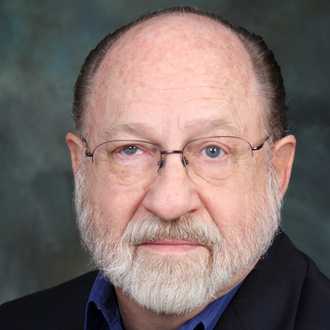