What Really Happens in a Misunderstood Profession

When you see the word ‘mediator’, what do you think?

If you are a mediator, or you’ve worked closely with a mediator, the image you’re conjuring in your mind is likely a lot different from many in the general population.

And if you’re in the majority of the population...

I grew up thinking that mediators were savvy backroom dealmakers, and all-powerful architects of the future of business and labor relations. Although, I now know that none of this is true.

This particularly vivid misconception of the profession came from growing up in the 1950s, coming home to watch a television newscast, where due to the powerful influence and persuasion of the Federal Mediation and Conciliation Service, the resolution of a labor dispute between one of the big three automakers and the UAW was reported to have happened behind closed doors.

I saw these tall, impressive federal mediators with hats, overcoats, and huge cigar and I knew from the moment I saw them that I wanted, no, needed to be just like them when I grew up. I wanted a taste of that power.

It’s been (more than) a few years since that experience, and I’m now a practicing mediator in Nashville, TN. I’ll be the first to admit that a lot has changed in that time.

Today, hats are now out of vogue; overcoats are difficult to come by; cigarettes, let alone cigars, are banned from most public spaces; and many top mediators are now women.

As for those smoke-filled, back room, individual caucuses I imagined as a kid, many highly distinguished mediators now advocate that they too go the way of the dodo bird and perhaps for good reason (Friedman & Himmelstein, 2008).

Sometimes motivated by political exigencies, sometimes by social engineering, and sometimes by what is believed to be common sense (remember the often-misquoted statement “what’s good for GM is good for the country”), lots of arm-twisting coercion occurred in many of those smoke-filled rooms.

But, even if your thoughts on mediation weren’t filmed in black and white like mine, they could probably use some updating.

So, let’s discuss what it really takes to be a mediator in 2018. I’ll take you through a few things I’ve learned in the years since I was that naive kid looking for a power fix.

Reframing and stripping away the pejorative verbal barbs that often attach like thorns to a rose stem, opens communication lines and allows for some of the sender’s message to actually penetrate the receiver’s receptor channels.

Those channels, often clogged with debris from past, highly charged exchanges, may have narrowed resulting in severe restriction in the flow of information crucial to understanding the other party’s interests and needs.

Just as ice breaking ships open frozen river channels to facilitate travel and commerce, once the channels are open, the parties often navigate toward their own solutions with minimal guidance and little further input from the mediator.

Mediators help parties communicate by acknowledging hurtful core feelings while promoting and facilitating dialogue that allows both parties to air nuances, extenuating circumstances, and the emotional impact of issues that would not see the light of day in a courtroom.

By unlocking some of those intangible “stuck in the craw” personal hurts and resentments that often prevent parties from developing empathy for the other side’s point of view and reaching compromise, mediators facilitate understanding.

Problem solving can and do come from anyone

Skilled mediators facilitate the communication process so that all parties can truly be heard (often for the first time) and help create dialogue that leads to understanding and eventually resolution.

The mediation process helps parties discover that creativity in problem solving is widely not narrowly distributed throughout our population.

Contributions toward problem resolution can and do come from anyone including the most unexpected sources, if given the chance.

Wedging open the tough, macho, male persona and recognizing that “feelings” are as legitimate as “interests” and “needs” can be transformational.

Arm-twisting has no place in mediation. It’s about opening clogged communication channels and assisting disputants to fashion their own resolutions. Helping parties learn to be tough on the problem rather than the people is both the promise and the power of mediation. 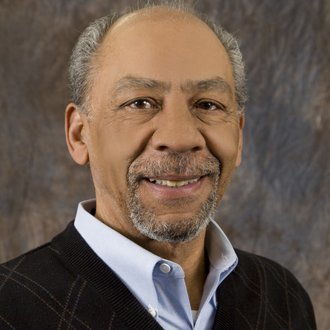