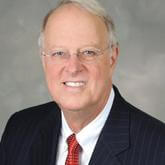 AAA Advanced Mediator Training on the Limits of Mediator Influence on Settlement, 2015

Mr. Baker is a facilitative mediator, but he has over 40 years of legal experience that the parties can draw upon if they are at an impasse and mutually wish any guidance or opinions from him.

A representative list of some of the disputes Mr. Baker has mediated includes: (1) Claim for wrongful termination and theft of trade secrets with respect to a software model that values the risk portfolios of different fixed income securities. (2) Claim of theft of trade secrets and patent infringement with respect to computer modeling technology to predict the performance of untested chemical compounds. (3) Numerous and varied breach of contract claims arising under a wide variety of commercial contracts. (4) Claim against a mortgage company for failure to fulfill its obligations under federally sponsored Home Affordable Mortgage Program to home owners in financial distress. (5) Claim against multiple companies in the luggage industry for infringement of patents relating to luggage locks that can be opened for TSA security inspections without damaging the locks or impairing the security of the luggage. (6) Numerous and varied employment claims including wrongful termination, sex and age discrimination, and workplace harassment. (7) Fraud, theft of trade secrets, Lanham Act, false advertising, and reverse palming off of trade dress claims involving companies in the advertising industry. (8) Numerous and varied product liability claims for wrongful death or serious injury against car companies and other equipment manufacturers.(9) Numerous and varied construction claims including claims for defective construction and delay damages. (10) Miscellaneous claims for violation of civil rights under 28 USC Section 1983.

$600/hour, but special fees can be quoted for appropriate cases.