A Comprehensive Guide to Arbitration

This is the most comprehensive guide to arbitration.

The best part? This article answers most common questions. You don't need to read multiple articles. I have gathered all the information you need here in one place.

1. What is alternative dispute resolution (ADR)?

When you face a major dispute that cannot be resolved with the other party directly, what is your next step?

If you’re anything like most people, you’re probably thinking about litigation. But that may not be a the best option for you or even viable in your case.

What if the amount in dispute is less than litigation would cost? What if there is a time constraint that litigation is not conducive to? What if you cannot risk certain information becoming public record?

Don’t panic! There are still options available to help you achieve your desired result.

Alternative dispute resolution (ADR) is an umbrella term that incorporates several informal and semi-formal resolution techniques that can help you and the other party come to an agreement without resorting to litigation.

Some of the hallmark benefits of ADR over litigation are time savings, financial savings, and stress savings.

2. What is the difference between arbitration and mediation?

Mediation and arbitration have the same ultimate goal: to resolve the dispute and capture the terms of that resolution in a signed agreement.

The major difference between the two is how that result is achieved. That's arbitration vs mediation!

In mediation, there is a third party (the mediator) whose job is to encourage discussion, keep it on track, ensure both parties get time to discuss their concerns, and make suggestions for possible points of compromise. This person is there to help facilitate, not to make decisions on your behalf.

A mediator is neutral, meaning they do not advocate for you or the other party, nor will they try to push you in one direction or another; you maintain complete control over what you agree and disagree to. A mediator will only advocate for the resolution.

This neutrality makes it easier to find a mutually beneficial solution, rather than the discussion leaning too heavily to one side.

Mediation is generally voluntary, always confidential, and can be used for most non-criminal issues. It can be used to help solve personal issues like divorce or custody, or can be used in a business context for issues such as contract disputes.

Like mediation, arbitration makes use of a neutral third party, but instead of being there to oversee negotiations, the arbitrator is there to act as a judge in a more formal capacity.

Entering into arbitration typically means that both parties have agreed to operate under a specific set of rules like those set by the American Arbitration Association, or JAMS.

During arbitration, each side is given the opportunity to tell their story and submit relevant documents. Once the arbitrator has had time to review the case, they will decide who wins and who loses.

Similar to mediation, arbitration is generally voluntary and always confidential. However, since arbitration is used for business-related disputes (employee, between businesses, or consumer), the requirement for arbitration is often built into contracts and enforced by the provider of the contract.

Arbitration has many benefits over litigation. It can:

4. What is arbitration: what to expect?

Put simply, arbitration is a private, abridged version of a trial with limited procedural requirements and simplified rules of evidence.

The arbitrator acts as a judge who will evaluate the evidence presented and determine the outcome.

If you find yourself facing arbitration, it is important to have a good understanding of the process.

The process usually begins with one party, the claimant, sending a notice of arbitration to the other party.

Then an arbitrator is chosen.

Once an arbitrator is selected, there is often a preliminary meeting to discuss the dispute and timetable for the following steps.

At this point, the claimant will provide a summary of matters in dispute and outline their proposed reward, and the respondent can provide a statement of response which will admit or deny the claims. The respondent may also provide a counter claim.

Once the official claims and responses have been made, there will be a period of discovery and inspection. Parties are obligated to list the relevant documents in their control and give the other party time to inspect them.

When the parties agree on the evidence to share, the documents are sent to the arbitrator to review before the hearing.

During the hearing, both sides are given equal opportunity to present their case (concerns, evidence, documents, witnesses, etc.).

The arbitrator will take time to review the evidence and deliver the decision.

4.2. How long does arbitration take?

Unlike other forms of ADR, which often have multiple sessions before a resolution is reached, arbitration usually concludes in one hearing.

However, the preliminary meeting, statement of claim and response, discovery and inspection, and interchange of evidence (providing evidence to the arbitrator) will all take time.

4.3. How much does arbitration cost?

Arbitration costs need to be paid upfront, so it’s important to know how the cost breaks down before you start.

In most jurisdictions, the administrative costs of arbitration is predetermined by specialized companies like the American Arbitration Association. These fees are based on the type of claim and amount in dispute.

You will also need to pay for a location to host the arbitration, a court reporter, a lawyer to help you advocate for your interests, and you may need to compensate witnesses for their time.

In addition, you will need to consider the arbitrator’s fees. On the low end, an arbitrator could ask for $150 per hour, but some will expect fees of $600 per hour or more. Expect an experienced arbitrator to charge roughly $350 per hour.

Although arbitration costs can add up quickly, there are a couple of important facts to keep in mind:

Depending where you live, what occupation you’re in, the nature of the dispute, or the terms of a contract you signed, you may have a slightly different experience of arbitration.

For you arbitration may be voluntary or mandatory, and the final decision could be legally binding or be appealed in litigation.

As the name would suggest, voluntary arbitration occurs when both parties voluntarily agree to resolve their disputes through an arbitrator.

This agreement can be made when the dispute arises or can be made prior to any issues in the form of a contract. Contracts are still considered voluntary, because the parameters are decided by the people entering the contract, not the law.

Many types of contracts include an arbitration clause, including employee, business to business, and business to consumer. As an employee or a consumer, it is important to know that signing these contracts means signing away your right to sue.

These clauses may provide some leeway in the process or stipulate every detail, such as where it will take place, who chooses the arbitrator, how the arbitrator is chosen, and who pays.

While most arbitrations are voluntary, arbitration can be enforced through a court order.

In these cases, a contract is usually still in place, but one party refuses to comply or challenges the contract’s validity.

When this occurs, the other party may petition the court in their jurisdiction and allow courts to determine whether to enforce the original agreement to arbitrate.

In a binding arbitration, the final decision is considered an enforceable judgement of the court. Therefore, the decision cannot be appealed, except in special circumstances.

In the United States, the Federal Arbitration Act allows arbitration decisions to be annulled when certain procedural or due-process deficiencies, such as fraud, are present.

In a non-binding arbitration, either party has the power to reject the final decision and request a new trial.

Whether an arbitration is binding or non-binding is often stipulated by the parties’ pre-dispute agreement.

6. How to prepare for arbitration?

Although arbitration is less formal than a trial, you should spend an equal amount of time preparing, especially if the final decision is binding.

6.1. Use Your Control to Your Advantage

Arbitration gives you greater control over the time you spend getting to a decision. Agreeing to limit the time allowed for discovery can help you conclude the process faster and help both parties save significant cost.

In simple cases, having both parties waive their right to any exchange of discovery allows the hearing to be scheduled much faster. You may also consider waiving your right to an ‘in person’ hearing and have the arbitrator decide the case based on written submissions. Save time and money where it makes sense.

This is your opportunity to share your side of the story and educate the arbitrator on the situation. Prepare an opening statement that clearly lays out your case and defines the damages (if any) that you’ve incurred.

In arbitration, evidence that would be inadmissible in litigation may be allowed. Don’t assume you can’t present evidence you think is inadmissible. Present all evidence and allow the arbitrator to decide if it is admitted. If it’s not, fine, but if you neglect to present something that could influence the decision in your favor, you will regret it.

Regardless of the behavior of the other side, remain professional. Do not give into provocation or the temptation to mock or belittle what they say (no matter how inflammatory). Giving into juvenile behavior will only undermine your case.

Arbitration is a form of ADR most often used to resolve business-related disputes. While it is similar to a traditional trial, arbitration has many advantages over litigation, such as saving time and money, giving parties more control over the process, and protecting privacy.

While it’s usually a voluntary process, arbitration can become mandatory if one party goes back on a signed commitment to arbitrate if issues arise.

If you find yourself facing arbitration, it is important to prepare as if you are going to a traditional trial, but make sure to use the unique features of arbitration to your advantage.

Most importantly, make sure you seek advice from your legal counsel.

Let me know your feedback in the comment section below. 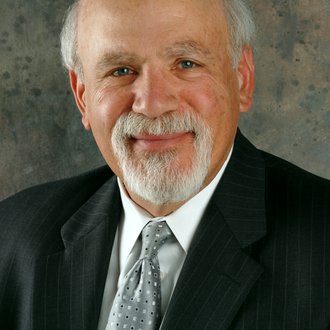